How we work?
OUR SERVICES
CLIENTS SOLUTIONS
BLOG
hello@vyntex.com
CONTACT 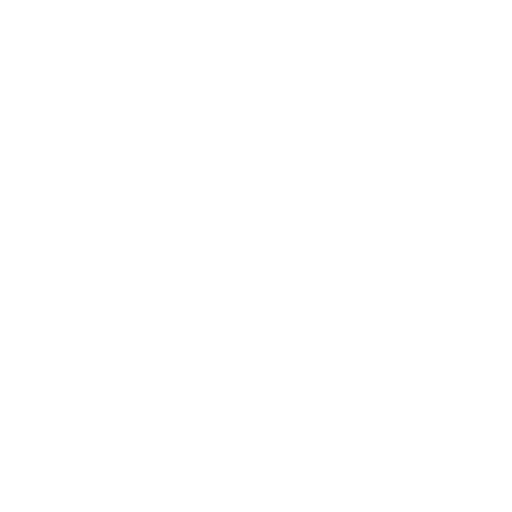 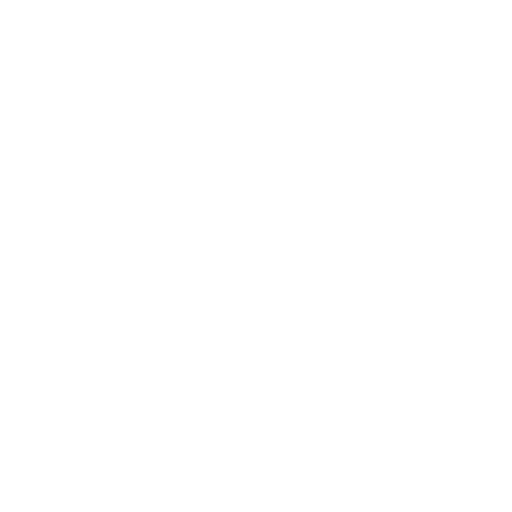 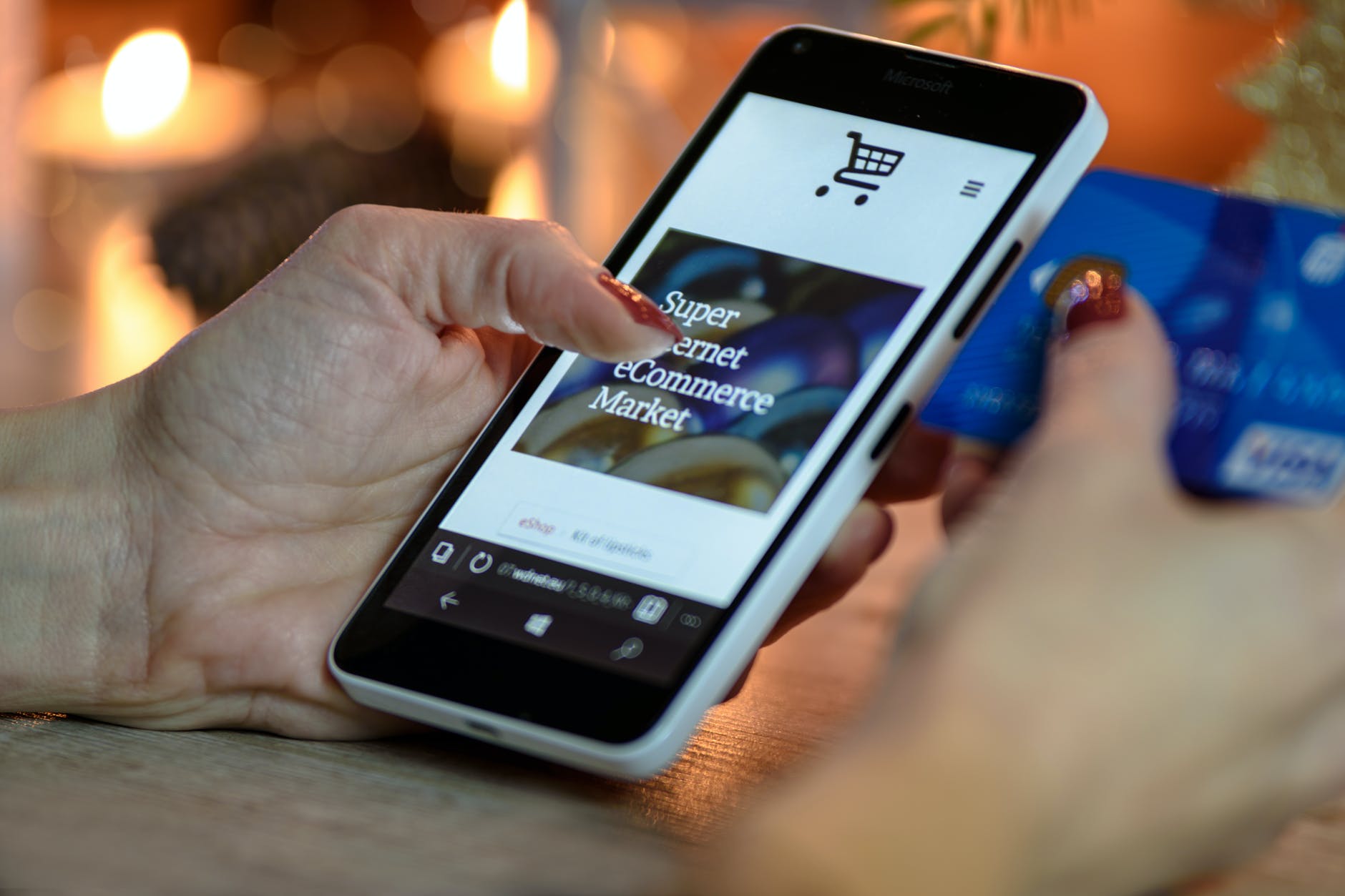 The word “Ecommerce” was coined in 1994 by Jeff Bezos. He created one of America’s first eCommerce company, Amazon. In 2019, Amazon made a net income of over 11 billion dollars.

Today, almost anything can be purchased through eCommerce. Statista projects eCommerce sales in 2024 will exceed 638 billion in the U.S. alone.

ECommerce refers to transactions done via the internet. When an individual or firm is selling or buying products online, they are participating in eCommerce.

Ecommerce is not limited to only the buying and selling of physical goods online. Online banking, payment gateways, music, stock investing, and online donations and auctions are also part of eCommerce. Almost every transaction facilitated by the internet can be considered to be a part of eCommerce.

Ecommerce works in all 4 types of business models:

Ecommerce can be conducted on any device that can connect to the internet like smartphones, computers, and tablets.

1979 - ECommerce was first introduced in 1979 by Michael Aldrich. Aldrich created the first online shopping system by connecting a modified television to a transaction processing computer via a telephone line.

This technology later became the foundation of which modern eCommerce shops was built on.

1998 – PayPal launches as a payment tool for eCommerce shops.

2006- Shopify launches as an eCommerce storefront platform. Shopify is a Canadian eCommerce platform that allows anyone to set up a free online store. Merchants are also able to see their products in person with Shopify POS.

2008- Magento Launches as an eCommerce storefront platform. Magento is another eCommerce platform like Shopify. Magento is more flexible as it is built on open source technology.

2011- Google introduces Google Wallet. Google Wallet is a peer-to-peer payment system. It allows users to send and receive money through a mobile device or computer. It is linked to a user’s debit card or bank account and allows the user to directly pay for goods and services through their device.

Today, Google has joined Android Pay and is now knows as Google Pay.

2013- China becomes the largest eCommerce market in the world.

2014- Apple Pay is introduced. Apple Pay is a digital wallet like Google Pay. It is linked to a user’s bank account. It allows users to pay for products and services with an Apple device.

2017- Shoppable Instagram was introduced.  Instagram partnered with BigCommerce to allow users to shop on a product page after clicking on an item.

Ecommerce can be utilized in all of the following 4 business models:

B2B is when a business sells a product or service to another business.

Payment providers – Payment providers like PayPal provides payment solutions to B2B eCommerce. Consumers love to have choices, and online businesses must cater to that. Instead of long wait times for traditional bank wires and transfers, payment providers help make transactions easier and faster. There are many types of payment gateways. It is important to use a variety and provide consumers with as many options as possible. According to a survey from BigCommerce, 94% of consumers prefer to pay with credit cards. 26% likes to pay with mobile wallets like Amazon Pay or Google Pay. Since 2018, many eCommerce giants have also started to accept Bitcoin and other cryptocurrencies as a form of payment.

AI Chatbot - Chat Bots are used to improve the consumer shopping experience. It provides 24/7 customer support and it can be programmed to find and locate information faster than a salesman. Chatbots are a leading trend in B2B eCommerce. Many retail companies are moving forward with AI Chatbots instead of traditional salesmen to improve customer service and reduce costs.

VR companies - Virtual Reality (VR) helps consumers get a deeper understanding of the products retailers are trying to sell. Companies that integrate Virtual reality as part of their website gain many competitive advantages. VR helps a product sell. 3D imaging technology can bring a product to life. Instead of stagnant pictures, products become interactive and appealing. By seeing and interacting with products through VR, consumers are more likely to buy while having fewer inquires and doubts.

B2C is when a business sells a product or service to a consumer.

Streaming services – Ecommerce giants like Netflix, HBO Max, and Disney+ are on-demand streaming TV services that run on a B2C business model. As of 2019, Netflix has over 190 million subscribers. Livestreaming services like YouTube TV has more than 2 million subscribers in the U.S. alone. Music streaming platform Spotify has 138 million paying active users. All of these companies target mass-market consumers.

Online Retailers – Online retailers are everywhere. From small handcrafted niche market sellers to brick and mortar shops like Walmart. There are over 20 million eCommerce retailers, and the numbers and increasing every day. According to research done by Kommando Tech, 95% of all retail sales will be conducted through eCommerce in 2024. And in 2023 eCommerce sites will generate more than $4 trillion in revenue in China alone.

C2C is when a consumer sells a product or service to another consumer.

Online auction sites – One of the most prominent examples of C2C is an online auction site called eBay. eBay connects individual sellers and buyers. Since its launch in 1995, eBay has always stuck to its C2C business model, giving all consumers a voice and a chance in eCommerce.

Declassified ads and online market place – Declassified ads were first seen in newspapers. It is when a consumer (not a business) lists a product or service for sale to another consumer. Online versions of the traditional declassified ads include Craigslist, Kijiji, and Facebook marketplace.

Mobile marketplace – Through the evolution of C2C retail from newspapers to online, the new trend is to sell on mobile. Mobile applications like Letgo, Carousell, and StockX allows individuals to sell their old clothing items and collectibles to other individuals.

C2B is when a consumer sells a product or service to a business.

Social Media Influencer: Social media influencers are individuals who sell the service of promoting a business’s products online. Famous examples of this would be the Kardashian family promoting Sugar Bear Hair vitamins and detox teas. Many businesses use influencers to promote their products due to the influence they have over their followers. This is part of many businesses’ marketing strategies.

Freelancing sites – Freelancing sites like Fiverr and Upwork run on a C2B business model. Individuals or freelancers on these sites can offer their services and products to businesses. These sites act as an intermediary and they take a cut out of the profit.

Product Reviews – All feedback is valuable, but a negative review can do serious harm to a business. Many businesses are buying customer reviews on sites like Yelp, TrustPilot, and Facebook.

THE DIFFERENT TYPES OF ECOMMERCE

When eCommerce retailer sells physical tangible products to a consumer. This process involves the shipping and delivery of the physical product to the consumer after the sale is made. IE: Ordering shoes from Nike

When suppliers or retailers sell products in bulk. This is usually sold to other smaller retailers to be then sold to customers. Buying in bulk reduces costs drastically. IE: Faire.com sells everything in bulk online

Dropshipping is when an online retail store sells a product to a consumer they do not produce or have. Instead, they use a third party to manufacture and ship the products to the consumer. In this case, the retailer simply acts as a middleman. They oversee the sale between the consumer and manufacture while making a profit. IE: Wayfair does not hold or produce items sold on its website. They simply send in orders from consumers after they have paid to manufacturers to make.

An automatic recurring purchase of a product or service until the subscriber decides to cancel. Recurring charges can be daily, weekly, monthly, or annually depending on the service. Products offered can be physical, digital, and services. IE: Weekly medication top-up or monthly Netflix subscription.

Providing a set of skills in exchange for a fee. IE: Paying a lawyer a certain fee for consulting his/her expertise.

What type of eCommerce is right for you?

Now that you understand the different types of eCommerce and business models, you are ready to get started. Which one fits your business the best? What is your goal for your eCommerce shop?

No matter which business model you choose, we are here to help you exceed beyond your business goals.

Still need convincing? Read more about the benefits eCommerce can bring for your business here. 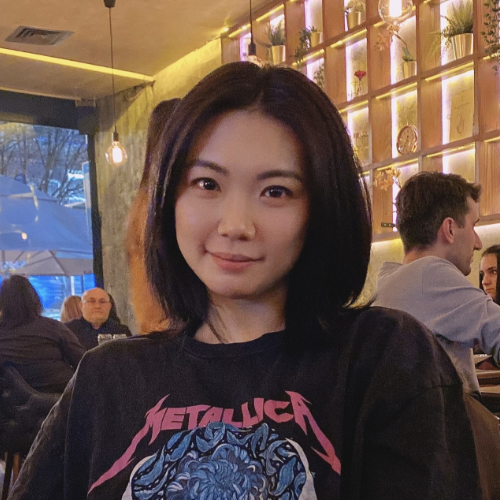 Contributor


SHARE THIS ARTICLE:
Wondering how you can improve your business's online performance?
CONTACT US
Most Popular 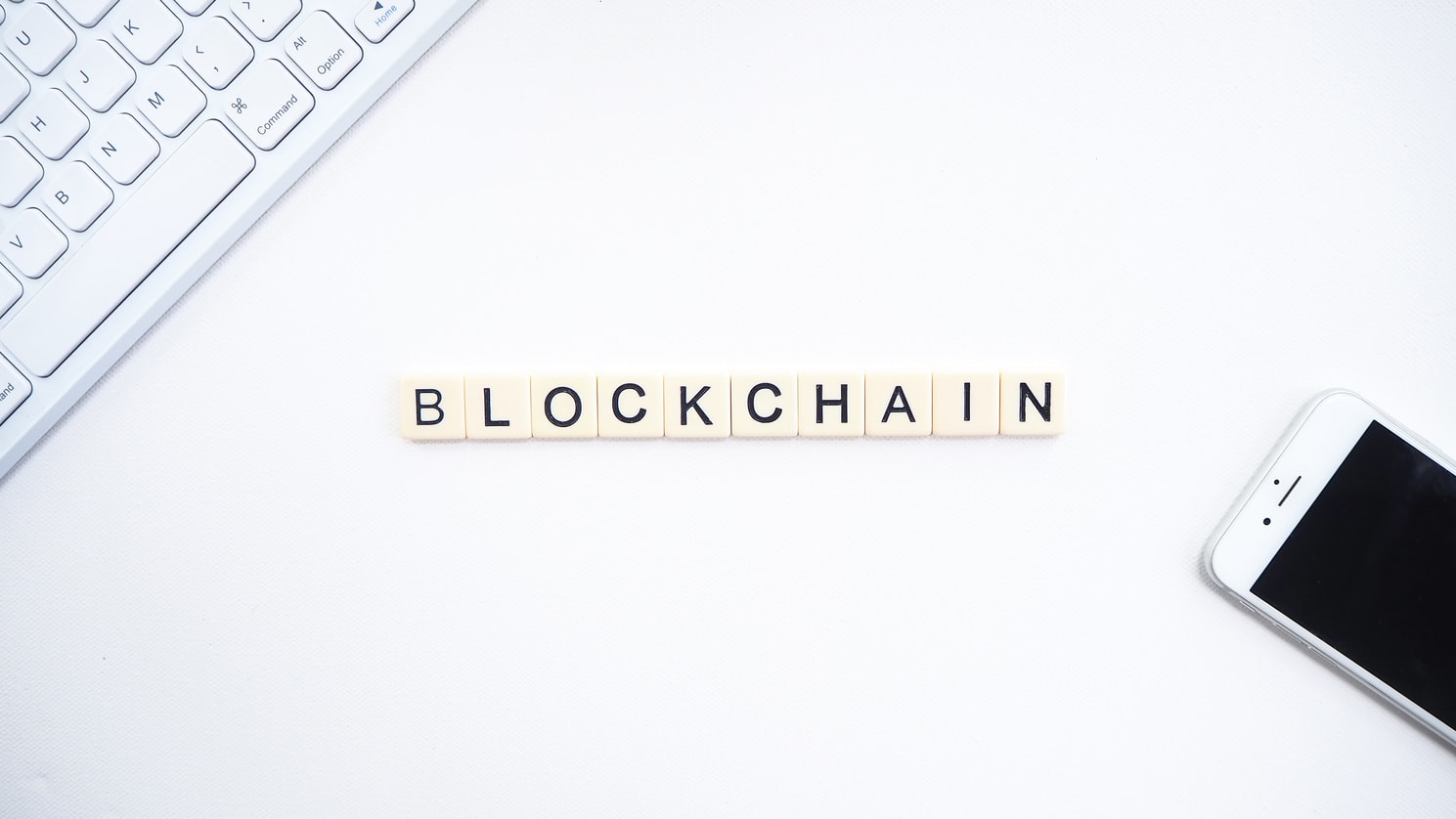 Blockchain Development
Blockchain and smart contracts: Does your company need it?
Ilia Bortnikov 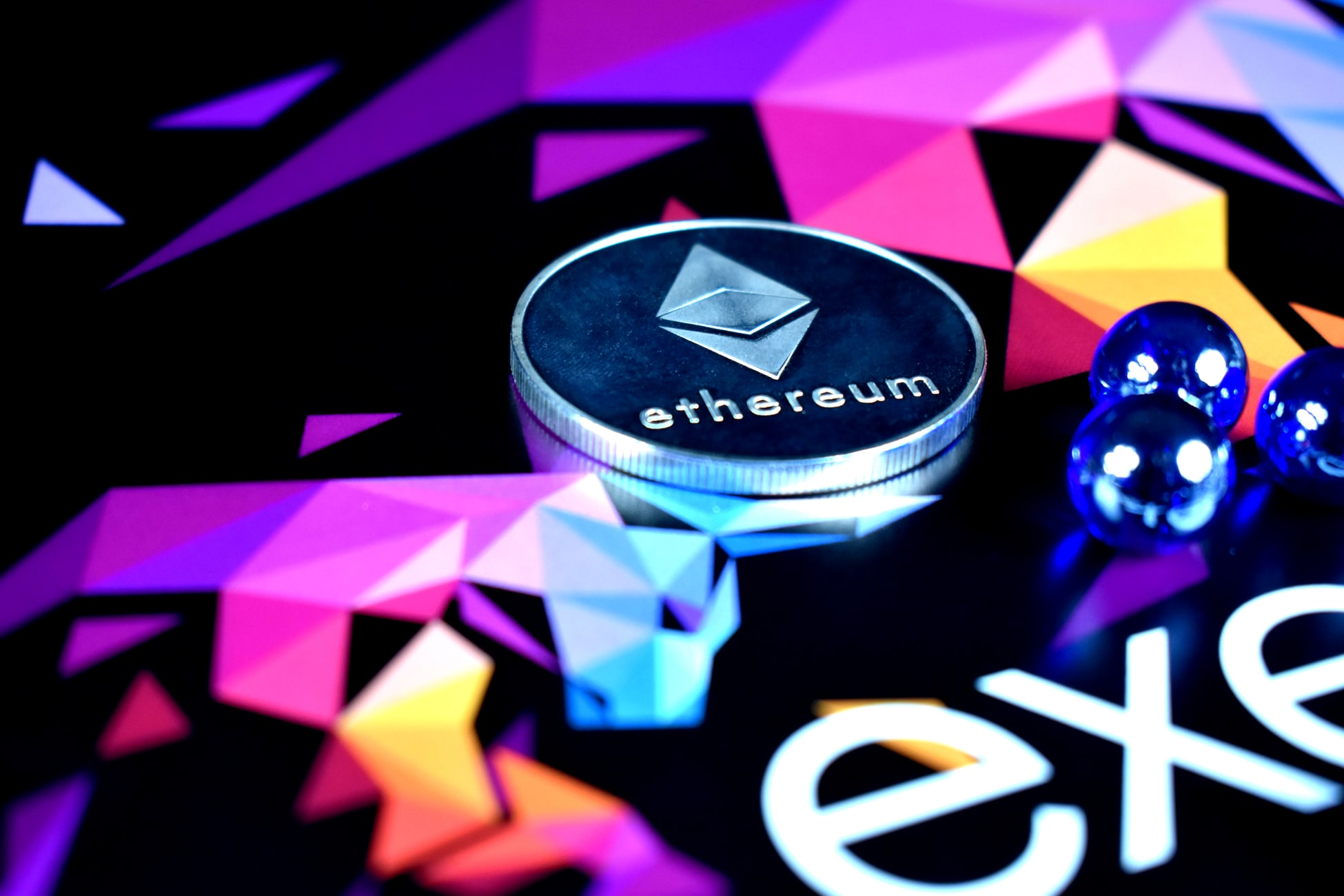 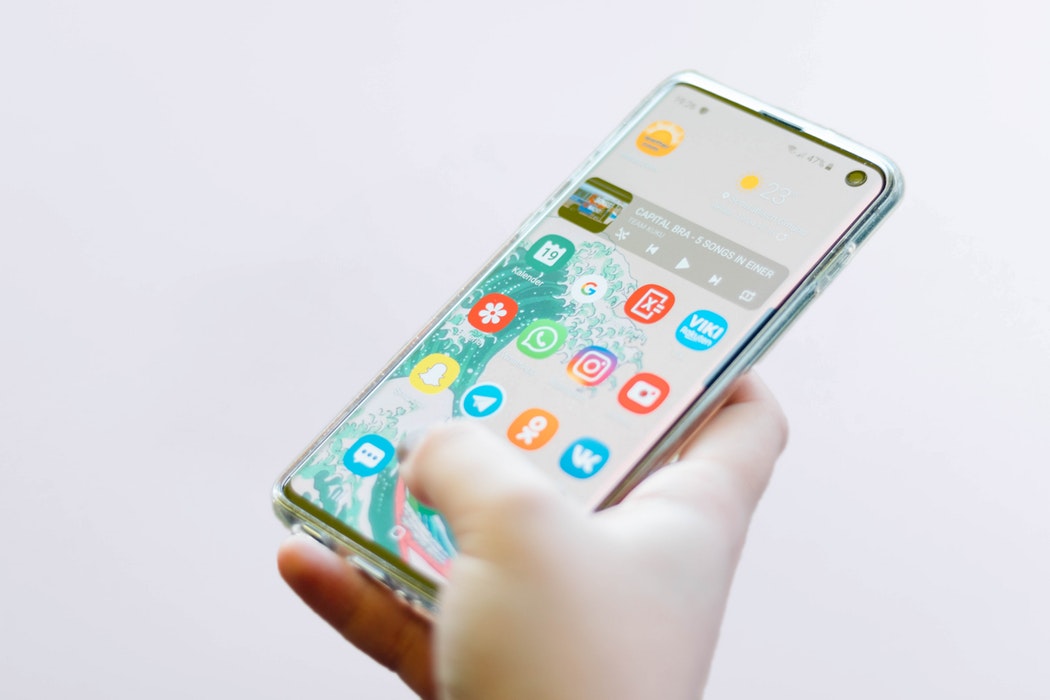 Mobile Development
Why mobile application is essential for your business?
Ilia Bortnikov

Improve your online performance with our tips and growth hacks. Enter your email below to be added to our mailing list.
Thank you! Your submission has been received!
Oops! Something went wrong while submitting the form.
By clicking Subscribe, you agree to our Terms and that you have read our Privacy Policy.
Ilia Bortnikov

Blockchain and smart contracts: Does your company need it?

Improve your online performance with our tips and growth hacks. Enter your email below to be added to our mailing list.
Thank you! Your submission has been received!
Oops! Something went wrong while submitting the form.
By clicking Subscribe, you agree to our Terms and that you have read our Privacy Policy.